Why is it so difficult to accept the fact that 21st century marijuana and its derivatives are insidiously altering the brain chemistry of some teens/ young adults?
There’s a group of Moms who’ve banded together to expose the devastation potent pot is causing some of our kids who naively believe today’s high octane strains of pot are “benign,” “medicinal”  and “harmless.” However, one of the saddest videos on this topic I’ve just discovered goes back to 2005 under the ONDCP Director John Walters of President George W Bush’s Administration. This presentation never became a true Public Service Announcement or warning as was intended (uploaded Nov ’07). It didn’t get the circulation to parents and kids because of the politics and the lobbying power of marijuana which was so strong even then.

Pity it could have warned kids and parents just how DANGEROUS 21st century marijuana IS.

Kids are growing up in this “culture of pot,” yet have no clue they are playing Russian roulette with their precious brains. And tragically, for some, it’s too late by the time one of the hideous psychiatric disorders is triggered (in spite of the truth most kids have NO family history of any severe mental illness).

It has not been easy for myself or my family. Never in a billion years could I have imagined the hell we endured from the negative effects from our son’s naive use of today’s potent pot. He never used until moving away from home at age 19, but within a short time, at age 23, he went into this sudden, overnight descent into “THC-induced-psychosis.” The mental health facility misdiagnosed Shane even though he admitted to and tested (+) for THC on his toxicology test but in 2009 this diagnosis was not forthcoming.

It’s a long, horrific tale, but I assure you, I am not tragically misinformed. I’m already well educated in the sciences with two degrees, plus 30 years working in health care.

I don’t intend to let the public continue to deny the science.

Please consider educating yourselves, like we parents have had to do. It’s time we stop with the politics & greed involved in marijuana legalization (and yes the black market is still thriving in Colorado and Washington). Unless a reader has equal or higher education & expertise than the leading scientists like Dr. Bertha Madras, a Harvard psychiatry professor, or  Sir Professor Robin Murray, a leading researcher in schizophrenia at Kings College, London, let the science speak for itself.
The website Moms Strong recently launched and profiles a REAL story of marijuana harms each week. Please don’t insult the parents who write honest, heartbreaking stories.
Read about the eminent neuroscientist/pharmacologist, Christine Miller, PhD, who anchors the website as the Honorary Adviser from a scientific perspective. Her information includes three PDFs: marijuana & psychosis, marijuana & violence and marijuana & psychiatric disorders.
These tragedies are happening in every town across the U.S.

Perhaps, when it happens to your “child”, the viewers who deny potent pot tweaks some young brains, especially thru at least age 25 when the neural pruning process occurs, you will finally appreciate why politics must stop trumping science!

By Lori Robinson, co-founder of Moms Strong, a support group partnering to inform and educate those harmed by marijuana. Moms Strong is not funded by industry or the government, they’re parents hoping to spread awareness and prevent marijuana related tragedies. 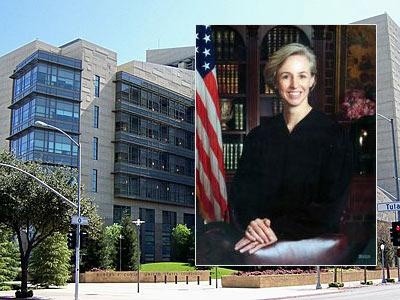