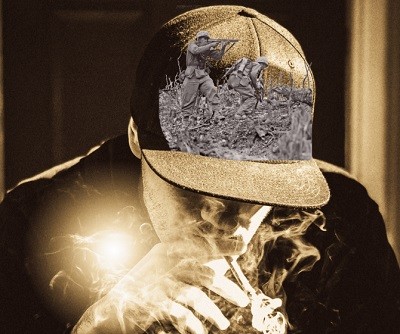 For anyone under age 25 or 30, marijuana causes permanent brain damage and loss of IQ because their brains aren’t fully developed. The younger they are, the worse the damage. Marijuana causes psychotic breaks leading to gruesome acts of violence, mental illness, addiction, suicides and myriad health problems. Marijuana is a fat soluble toxin that remains in the body for weeks and months. It causes DNA damage that can cause physical and mental abnormalities in the next four generations.

People who are sick, mentally ill, impaired or addicted can’t learn or produce effectively if at all. They turn to crime, become homeless and rely on food banks. One-third of prisoners are mentally ill, two-thirds addicted and 80% are high school dropouts. Can you think of a better way to destroy a nation than to inflict youth with all of the above? Canada is toast, having legalized marijuana. America is on the brink of the abyss. In the last 10 years, owing to lack of federal enforcement, marijuana use has increased by over 60, from a about 15 to 24 million people.. The potency (i.e. THC content) has increased from about 8% to as high as 37% in smoked form, and 99% as concentrates used in dabbing, vaping and edibles. Not all who use marijuana move on to other drugs but they are 2 1/2 times more like to do so. Almost all of those who die from overdose started their drug journey with pot. From 2008 to today, overdose deaths have increased from 105 people a day to the unimaginable level of 198 a day. The foundation for America’s drug problem is marijuana.

But can you imagine what marijuana will do to Africa? The population in 2016 was estimated at 1.2 billion and projected to reach 2.4 billion by 2050. 41% of the people are under 15 years of age, 25% are illiterate. Unemployment rates are as high as 50% in some areas like South Africa. Food security is a major issue. Medical facilities are badly lacking. Crime is already rampant. The conditions are ripe for expanding marijuana and other drug use. It is realistic to think that 1/3rd of the population will become mentally ill or impaired, physically sick or addicted on what is projected to be the most populous continent on earth. This is a holocaust the likes of which the world has never seen, with global implications not just for Africa, but for the the entire human species. .

The UN needs to use all of its resources to reign in the marijuana movement, and the federal government in the U.S. needs to re-establish the rule of law.