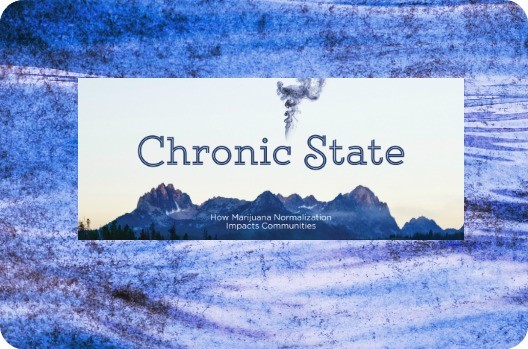 Movie is Wake Up Call for Politicians to Heed

Drug Free Idaho just introduced their one hour documentary about the mounting social ills of the marijuana “experiment.” It features interviews with concerned residents and drug prevention experts in states like California, Colorado, Washington and Oregon. This film counters the lies told by the  commercial marijuana industry and their phalanx of lobbyists. This drug will not result in a boon of tax revenue, it does not eliminate crime and the black market, and most importantly, it deteriorates the quality of life in any state that tries it.

StopPot urges politicians around the world to check out the unintended consequences of turning this illicit drug into a commercial widely advertised and available commodity.

Jo McGuire, an expert on marijuana and the workplace said this in the film, “Once THC got over 5%, that is when we saw the first marijuana dependent syndrome diagnoses. It is actually in the DSM5.” Yet the marijuana industry still claims marijuana is not an addictive drug. This is an example of the outright lies they spread. We know for a fact that at least 9% of users will become addicted and 16% if they are younger than 17 when they start. The numbers may even be higher with the new high potency pot and edible products.

Please take the time to watch this important one hour video. We urge you to send this blog post to others.  The more people who see this film, the sooner will end the bamboozling of the voting public. We link to “Chronic State” in its entirety, below.

The Most Important Hour for Drug Prevention

What are People  Saying about “Chronic State”

Several drug prevention experts were interviewed after seeing the Chronic State documentary at its world premiere. Listen to their reviews of this film.