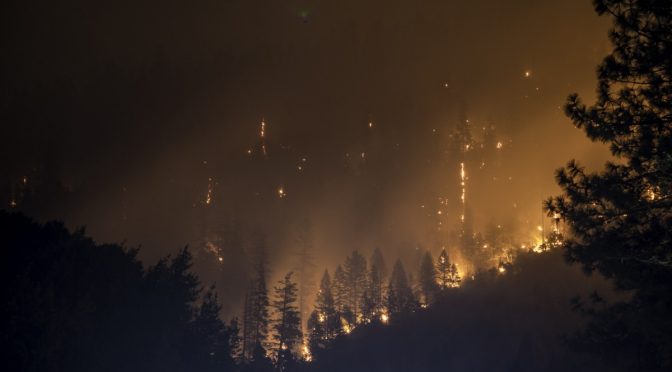 By July 13, the Spring Creek Fire had burned 108,045 acres and destroyed at least 145 homes, making it the third-largest wildfire in Colorado history.  Ever since Colorado legalized marijuana in 2012 state officials have shown that they cannot regulate marijuana, harming the freedom, safety and property of non-users. Take Jesper Joergensen, the man responsible for starting this fire which spanned Costilla and Huerfano counties in southern Colorado. Joergensen’s Facebook posts were anarchist and pro-cannabis. We know pot can cause brain damage and mental illness leading to crime and violence. And with the potency of the most active chemical, delta 9 tetrahyracannabinol (THC), now 10-20 times stronger than 30 years ago.

It’s curious that Joergensen, a Danish national, would have overstayed his visa and remain in the US illegally.    He probably was staying for easy access to Colorado pot and the strong strains of pot available there.

Starting a fire with no clear motive? Sounds like a careless act done under the influence of a mind-altering drug.  It also reflects the bad judgment and brain damage caused by so much use of the drug.

We know that many marijuana home related home fires are started because of hash oil.  Was Joergensen making hash oil?  People use marijuana to make butane hash oil, also called BHO, shatter, or honey oil.  These dangerous drug labs are blowing up people and homes, particularly in California and Colorado. In 2003 the Cedar Fire ravaged through San Diego County, California and made history as the second largest wildfire to impact The Golden State. The fire burned 273,246 acres, destroying over 2,400 homes in the process. After being separated from his hunting partner Sergio Martinez, a West Covina based hunter, started a signal fire in hopes of being rescued. When no help arrived, he set another fire, but this one got out of control, with embers flying as he tried to swat it down. Martinez admitted to smoking marijuana the night before and slipped the pipe and lighter in the pocket of his hunting vest.

Investigators looking into the fire found Martinez’s glass marijuana pipe about 30 feet from the spot where the fire had started. After failing to take responsibility for starting the fire, Martinez expressed concern that authorities might find a marijuana cigarette in his truck. They say actions speak louder than words, and Martinez’s concern for pot and lack of empathy for the victims immediately after the fire speaks volumes on his impaired state of mind at the time. To this day San Diego County feels the effects of his marijuana impaired actions.

Another large wildfire, the Soberanes Fire destroyed parts of Monterey County, California in 2016. At the time, it cost about $236 million to suppress, making it the most expensive wildfire to fight up to that point. Investigators believe it was a result of an illegal campfire in Garrapata State Park. However, as more illegal pot grows are found in forests, one must note that these encampments can pose a fire hazard. Did illegal pot farms play a role in spreading the blaze?

One thing’s for sure: the more marijuana grows present the more likely California and other western states are to experience a rapid fire spread such as the Soberanes wildfire.