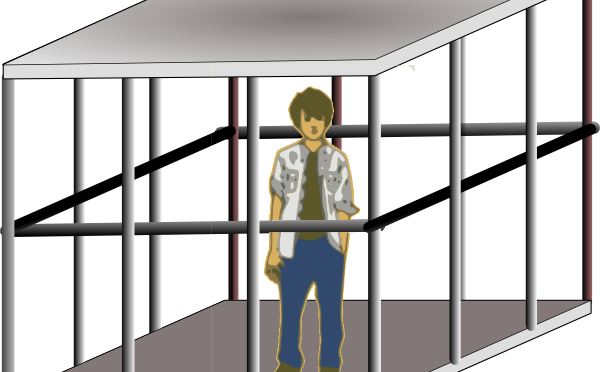 by Steve   I am 66 now and nothing to show for what I’ve done in my life because of marijuana. I started smoking it at age 18 while going to college. This was during the Viet Nam War era and our country was  divided. Although I didn’t protest, I fell into the counter culture with a rebellious attitude. I was taking a full load in junior college with aspirations of studying to be an architect. Six weeks after getting drunk for the first time, I smoked my first joint.  It was “on” after that. Marijuana was my gateway drug.

Immediately I became part of this never-ending lifestyle of always doing drugs, and ended up dropping out of college. Since I was still living at home, my parents wanted to see my report cards. The college printed out cards as carbon copies. Whenever class I got a D, I would just change it to a B and of course the Fs were even easier to change. That’s how I started off with my scandalous ways. In 1970, I was caught for the first time shoplifting–a misdemeanor.

So everything “spiraled” downhill after that. I just continued going with my drug abuse, hanging around the wrong crowd, and lying to my folks. I had a room with a door to exit outside so I could always sneak out at night while my parents had no idea. The only person I was really hurting was myself. I was always in and out of trouble after that in my 20s, doing time, and living with my folks on and off. No car, no responsibilities, but I didn’t care. I would tell my folks that I just had temporary jobs that didn’t last long and of course they would fall for it.  (Today my folks would be considered co-dependents.)

How I became more manipulative

Mom and Dad were getting ready to retire to the mountains soon.  I would wait for my mom to take a shower in the mornings before she went to her school teaching job. I would then go into her purse and steal some money to go party.  Then I’d take off for a week or so to this town about 10 miles away, here in California. Sometimes I would steal some of my mom’s pills to get high, too.  She called them her “anti-dizzy” pills to help her through her work day, etc. Since she worked in the same town that I usually partied in, I would come to her school in the afternoons on Fridays and catch a ride home with her. She asked me what I was doing, and I would tell her that I went job hunting for the week and had places to stay.

Actually I had a lot of party buddies and I could crash at their places. Back then in the Bay Area of California, there was a lot of PCP floating around and if you had 10 bucks you could buy a joint and even share it with others. So I got into PCP (not too much though-could have burned out a few of my brain cells though) along with popping reds (barbibuates), doing speed and some hallucinogens. I was still smoking my gateway drug, at least a couple of joints a day.

Fast forward through the years:  My earlier choices had left me trapped

Fast forward to around 1980 and I just finished up a short term of 4 months and 20 days in county jail for a drug-related crime. I decided to get clean and sober and got into a program as part of my probation conditions. I even joined AA and was sober and clean for about 10 years. Then I went to school again. I did get a degree though, but I still had that “stinking thinking” way down inside of me.

For one thing I already had quite a criminal record from the past because of my behavior due to substance abuse.  Then I found out that I couldn’t get a teaching job anywhere because of the record, after having taken all of these teacher education classes.

After that, things just went downhill for me. First off, I did not do my AA/NA programs the right way by doing the 12 steps. Also, there were some classes in college that I barely “squeaked by,” since my concentration wasn’t all that good (due to my substance abuse-especially from marijuana).

I became just a drifter in life-going from job to job, town to town, and went through 2 marriages and a few relationships.   (No kids thank God). This all goes back to when I started at age 18. Later, I finally figured out what the 12 steps were all about and did them with a sponsor.  It shouldn’t have taken a rocket scientist to figure that out. I have also done a total of 9+ years between prison and county jail  in a few states, and a few substance abuse rehab/half way houses. I now have more than 11 years of clean/sober time. If I picked up a jug or, even worse, that first joint, “it’s on!” I am living proof that marijuana is a gateway drug.