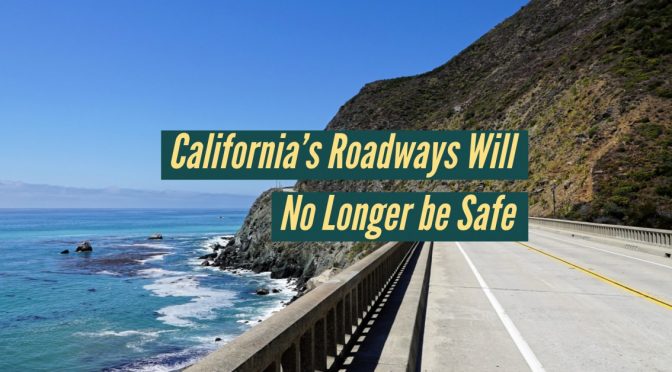 Three Letters to the Editor on Marijuana Impaired Driving

Lawmakers rushed to legalize recreational marijuana. They didn’t think it through. They wanted the tax revenue it would generate.

Driving under the influence of alcohol and marijuana is even more deadly. A young Highway Patrol officer lost his life on Christmas Eve, and left behind his wife and three young children.

The legislators of this state put more value on the almighty dollar than they do on life.

Marijuana a factor in many fatal crashes, teen suicides

The article about pot and driving did not mention the latest California data from U.S. Department of Transportation. In 2016, 237 Californians were killed in crashes in which marijuana was found in the driver, of which 112 (47 percent) were innocent others (other drivers, pedestrians or passengers). And 75 percent of fatal drivers were not even tested for drugs, hiding marijuana’s true extent in fatal crashes.

Pot is the number 1 killer illicit drug in fatal crashes. Marijuana was 50 percent of drugs found in drivers with drugs, and 20 percent of all tested. This data shows the hgih price in lives lost California will pay for the billions of pot dollars to be made by a few. In Colorado, marijuana is the No. 1 drug found in teen suicides.

Increase use of marijuana will bring more tragedies

Particularly given the horrific accident on I-880 Christmas Eve, I was shocked that The Mercury News would prove so irresponsible as to encourage people to use marijuana with the front page headline “Line up for it — now legal” on Jan. 2. We lost a California Highway Patrol officer, a father of three whose partner also suffered injuries, because of an individual driving at least 80 mph on a freeway on-ramp while under the influence of both alcohol and marijuana. (His speed had topped 100.) Assuming increased use due to legalization, we will have no trouble anticipating what tragedies the misguided legalization of pot portends for our state, and The Mercury News has earned a share of the blame.

Reprinted from The East Bay Times