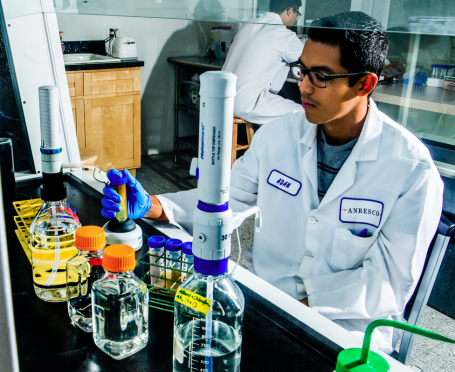 San Francisco Magazine wrote an alarming article about the findings of Anresco Labs.  Investigators found 80% of the samples tainted with several categories of toxins in marijuana:

Pesticides and Fungicides pose a special risk in for those taking cannabis extracts, which would include cannabidiol or CBD.   One of these pesticides, Myclobutanil, sold under the brand name Eagle 20,  causes cancer.

Mold, Fungi and Bacteria  presents itself in much of the cannabis flower sold in California.  A person who smokes marijuana will be smoking the molds and fungi, too.

Use of marijuana products over time can cause heavy metal toxicity.   Heavy metals like arsenic, lead, cadmium, and mercury naturally occur in water and soil, but in high enough concentrations, cancer-causing compounds can build up over time.  Even cannabis grown without a drop of pesticides can be dangerous if the water or the soil or fertilizer it’s rooted in is dirty.

A Summary of other studies and findings

A cancer patient in California may have been killed by a fungus in his “medical” marijuana.

The Smithsonian reported that “medical” marijuana in Colorado is often laced with pesticides, heavy metals and fungus.

The Huffington Post reports that marijuana pesticide contamination is widespread and in some cases pesticide residue levels are 1,600 times greater than the legal desirable amount.

The Journal of Toxicological Sciences published a study that showed that over 80% of 57 “medical” marijuana concentrate samples tested positive for pesticides and or residual solvents such as butane and propane.

A study in California showed that in 93% of samples of marijuana from 15 marijuana dispensaries contained pesticides.

A university research study showed that there was potentially lethal bacteria and mold on “medical” marijuana obtained from 20 marijuana growers and dispensaries.

Another 2017 study showed some 80 percent of those tested from California-based growers and dispensaries, were tainted with mold, fungus, bacteria, pesticides, or harmful solvents. The popular concentrates and oils used in vape pens and dabs can contain much higher amounts of these toxins because they’re concentrated.   The article declared: “The greatest threat standing in the way of California’s march toward legalized marijuana isn’t Attorney General Jeff Sessions or Big Pharma. It’s the cannabis industry itself.”

Marijuana for Epilepsy can be toxic, too

An American Epilepsy Society (AES) study showed that children with epilepsy in Colorado who are given cannabis oils are having developmental regression, intractable vomiting and worsening seizures that can be so severe they have to put the child into a coma to get the seizures to stop. Because these products are unregulated, it is impossible to know if these dangerous adverse reactions are due to the oils or because of contaminants found in these preparations.

Marijuana products are smoked, inhaled through vaporizers, ingested in food and drinks. Pesticides, fungus and solvents are also being inhaled and ingested.

The marijuana industry cares for profits more than they do about selling safe products.

SFist: 80 Percent of Medical Marijuana Tested At Recent NorCal Conference Is Tainted With Mold, Other Toxins