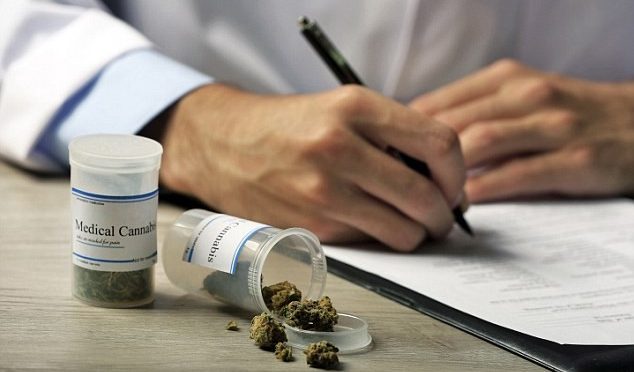 Advocates call it life-saving medicine, but medical marijuana has killed people in numerous instances. California hasn’t figured out how to regulate “medical” marijuana, or how to test for stoned drivers, but dispensaries will open on January 1, 2018. Residents would welcome a federal crackdown on medical marijuana which is practiced fraudulently in this state.

It is not clear why Jack Splitt, who had severe cerebral palsy and dystonia died, but he was a wonderful boy with an infectious smile.  Recently, Colorado pressed charges against Mark Pedersen, who provided a cannabis potion for Jack.  Jack inspired the law allowing medical marijuana in Colorado schools.  He died a year ago, but Pedersen was not registered as a medical marijuana provider and was making it for other children.   Whether or not Pedersen contributed to the death is unclear.  However, the public should understand that those who characterize cannabis or its extracts as “life-saving medications” are pulling off a scam.

Loving parents go to extreme measures to save their children.  A poster child for medical marijuana, Cyndimae Meehan, who moved from Connecticut to Maine, died while under CBD treatment for seizures.  Her death is sad, but it sheds light on how medical marijuana activists may give parents false hope when they call it “life-saving.”

Stoned drivers killed other people while “legitimately” using their “medicine.”   How is this fair?

As for Ngunda and the Suisun City man, they had just left their medical marijuana dispensaries.

Although voters think that “medical” marijuana is ok, they want it to be dispensed by pharmacies.  Pharmacies could provide proper dosing and warn of side effects.  The situation is out of control in California and we wish that the federal government would crack down on it.

Children getting sick on “medical” marijuana In New York, a 10-year-old ate his father’s candy infused with marijuana. The candy appeared to have been sold to the boy’s father as “medical marijuana.” According to news sources, the piece the boy ate contained 250mg of THC–approximately 25 times a normal “serving” of marijuana.   The father left it in the car with the child who ate it, as any child would be tempted to do.

We need to ask how medical these products really are.  We need to be skeptical about patients who don’t have the good sense to lock up their “medicines.”   We need to call out the fraud that has permeated the giving out of “medical” marijuana to youth without adequate process.

Medical marijuana in practice is a scam that needs the federal government’s attention to protect its people.   The problem began when Senator Kamala Harris refused to prosecute  marijuana violations as Attorney General from 2011-2017.   Her Republican opponent almost won in California because of his promise to do so, with many Democrats  voting for him.  Senator Harris’ failure may  tarnish her politically, as the fallout of this policy comes to light.