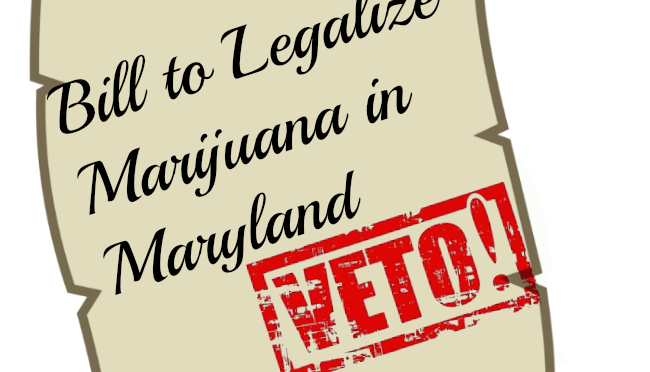 The Proliferating Pot Problem in Maryland

Feldman’s bill calls for the citizens of Maryland 21 and over to be able to purchase legal cannabis,  possess up to two ounces of marijuana at one time, and cultivate up to six plants at one time with three of those plants being mature each cycle.

Madaleno’s bill calls for the legalization of marijuana where users will be able to possess up to one ounce or less of dried cannabis, 5 grams of hash oil and 72 ounces of cannabis creams or oils, or any combination of the above.

An experienced marijuana grower can yield up to 5.0 oz per plant when subjected to the right conditions which is absolutely absurd. How many plants do people really need to be growing in their houses?

Marijuana was decriminalized in Maryland back in 2014 and now Senators and delegates are revisiting the issue of making it legal for all citizens over the age of 21.

During the committee hearing many different people showed up to voice their opinion to the proposed legislation. One such person was Aubree Adams, who traveled all the way from Pueblo, Colorado to share her heartbreaking story.

As she got up on the stand to present her testimony she asked for more than the two allocated minutes to speak to which her appeal was rejected, so she began to speak very fast in order to get through her pitch. The committee realized that this was going to get them nowhere so they granted her additional time.

She began talking about  the negative adaptations Pueblo has had to make over years since marijuana has been legal, hitting on the fact that the homeless rate has skyrocketed as well as the crime rate since Amendment 64’s inception in 2012.

Adams’s story turns a corner when she begins talking about her own son and how his addiction to marijuana edibles had triggered psychotic episodes and an attempt at suicide. His addiction developed after proposition 64 passed and access to edible marijuana became extremely easy in Pueblo.

One night while suffering from a marijuana induced psychosis episode Adams’ son attacked his younger brother and put a gun to his own head, but did not pull the trigger. Instead he decided to overdose on 250 ibuprofen pills. “He vomited all night in his sleep,” Adams said. Her oldest son is now part of a treatment community and resides in Houston, Texas.

Dr. Arria, who has researched marijuana for over 25 years concludes that, “Cannabis use is linked with decreased productivity and decreased cognitive function.”

Dr. Musser similarly has seen in his research that the more normalized marijuana becomes in the communities, the amount of people who go to the ER for psychosis had increased. Dr. Musser also mentions that treatment centers in Colorado have been adding more beds and expanding in order to keep up with the influx of new patients. Shouldn’t our government be trying to stop the problem, not try to avoid the issue by just putting up with it? These two bills would also cost Maryland taxpayers around $2.1 million to implement. These two issues will be on the ballot for voters to decide later on in 2018.