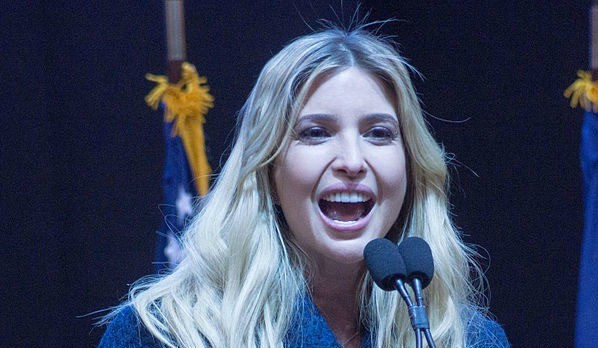 Ivanka Trump gets an office in West Wing, Washington Post 3/21/17

“Although Ivanka Trump lacks a formal White House job, the president’s older daughter is moving into her own West Wing office, an administration representative said — a move that increases her profile as an influential, although unofficial, adviser to her father…President Trump has named Ivanka, 35, the mastermind behind his child-care and maternity- leave plans, the first proposals on such issues from a Republican president…”

This may be a good fit for Ivanka Trump to fill the Nancy Reagan chair as the nation’s top drug prevention advocate supporting the millions of drug-besieged Parents currently suffering over 500 drug-related deaths of their loved ones EVERY DAY– and the millions more enslaved to drug-incapacitated family-member addicts.

When Nancy Reagan served as honorary chairman for Parents’ drug prevention organizations throughout the nation with her direct access to the President, that collaborative effort was credited with reducing teen drug use by 50% during the Reagan era saving many lives and preventing many family drug crises.

A specific example is when Parent Drug Prevention leaders told Nancy Reagan about the blood-bath being created on the nation’s highways that resulted from teen drunk driving fatalities that skyrocketed after the drinking age was lowered to 18 from 21. One of our parents at a local meeting lamented at that time, “I’m getting tired of going to teen age funerals.” Nancy immediately responded by bringing to President Reagan’s attention this horrific tragic outcome from the lower drinking age promoted by the alcohol industry assisted by misguided liberal theorists. The President immediately coordinated a bi-partisan initiative with leaders of Congress to enact a federal law mandating returning the drinking age to 21. As a direct result of Nancy Reagan speaking up for us, 21 became law and teen drunk driving fatalities decreased by over 70% saving many lives since then.

In Nancy Reagan’s keynote address at the D.C. National Federation of Parents annual conference in 1986, she counseled us not to give up out of frustration at the slow rate of progress in preventing drug-related tragedies. She told us the “Starfish Story” about the retiree at a beach community who walked the beach every morning at sunrise and observed the great number of starfish that had been stranded on the beach as the tide went down. He knew they would die as the sun rose and dried them, so he tossed them back in the water as he walked along. A friend watching him commented that with all the starfish along the beach his efforts would not make any difference. To which he responded as he tossed another starfish back into the water, “It makes a difference to this one.”

Today, over three decades later, Parents are increasingly suffering from failing national drug prevention policies. But we keep trying, hoping to save at least “this one” once in a while. But under the overwhelming influence of addictive substances massive profits, government officials at all levels are failing to initiate effective policies to stem this nationwide public health crisis of drug-related deaths and disabilities. See our recent article citing this crisis at link:  Lawmakers Corrupted by Drug Money Ignore Marijuana Harms.  It includes many other links to valid studies and reports.

As a young mother with children who could become as endangered by the nation’s failing drug policies as millions of our children are, Ivanka Trump may be perfectly positioned to understand and be motivated as Nancy Reagan was, to provide the high-level leadership needed to “make a difference to all families” in this nation’s war on drugs.

We Parents should welcome Ivanka Trump’s new White House position. Especially if her influence as a Nancy Reagan type drug prevention spokesman should result in serious new effective drug prevention policies that will prove their benefit by recording major reductions in drug-related death rates in confirmation of President Donald Trump’s legacy of success similar to that of our beloved Nancy and President Ronald Reagan.

DeForest Rathbone is a Board Member, Parents Affected By Addiction (PABA). DeForest Rathbone is a leader in the parent’s movement which has been active since Nancy Reagan’s campaign which was credited with a 50% drop in youth drug use during the Reagan era. He can be reached in Leonardtown, MD, 301-994-2733, DZR@prodigy.net.