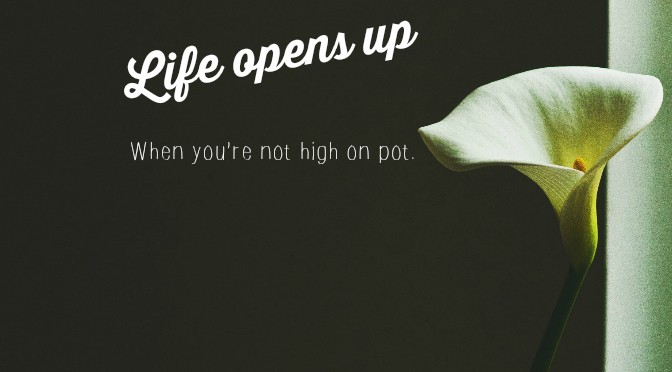 By a Northern California resident

I was just talking to my friend who lost her son last year. She told me a man she knows who has smoked pot for decades came by and said he had just gotten out of the hospital from pneumonia. She said this, “My son argued and argued with me until he was blue in the face about how wonderful marijuana was and how much it did for his life. I could never get him to listen to me when I would tell him it was bad for him. Now he is dead and it is too late to try and tell him anything.” Silence.

My sad testimony about my friend’s son is that we all went to high school together. His parents were my parents’ best friends and we adored their entire family. Mike was a great kid all the way up until he started smoking pot when he was 21. He never got married, never had a relationship lasting more than a short time, never had children, never settled in to a rewarding career or owned a home, and never rented a home he didn’t leave trashed and owing large amounts of money. He had cancer 4 times. He was his parents’ only child, so that meant when he died that was the end of their family.

His parents took care of him for 9 years before he died, at age 62, of cancer. He never brought his mother a birthday card, a gift, a Christmas card, a Mother’s Day card. He did nothing, really, except rip them off as best he could, until his parents had to pretty much ban him. So his entire adult life he did nothing for his mom and dad, his grandparents died knowing he was the end of their family. Yet when he got sick his parents still took care of him until the day he died, gave him an apartment, bought him a truck, and drove him to all of his appointments, paying all of his bills during the 9 years of his 4 different cancers. His mother spent copious amounts of time trying to figure out anything she could to keep him alive, in spite of the fact that he had never shown her an ounce of care.

In April his father died, which now leaves his mother alone. Utterly alone. No daughter-in-law, no grandchildren, and very few good memories of a son who lived the pot lifestyle.

Editor’s Comment:   Marijuana is tooted as this miracle treatment for cancer, but he got cancer anyways. What a scam. It doesn’t pay to be so kind and tolerant.  The mother was selfless.

The pot lifestyle is not worth it.