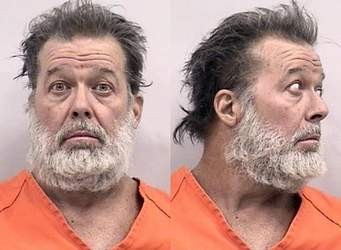 3. The July 2012 Aurora, Colorado theater shooter, James Holmes, was reported by the NY Post and UK Telegraph to be a marijuana user.

4. Oscar Ramiro Ortega-Hernandez who shot at the White House in November 2011, not only had a semiautomatic rifle when he went to the White House, he also had a case. “A document in the case says that he was determined to express ‘anger towards the government regarding the continued criminalization of marijuana.’ He claimed marijuana ‘made people smart,’ the document said.” The New York Times referred to Ortega as “the lazy kid who used to smoke too much dope.”

5. Tucson massacre Jared Loughner was known to smoke marijuana (it kept him from being able to join the Army) – the January 2011 Tuscon shooting is where Rep. Gabrielle Giffords was shot. 6 dead, 13 injured during the melee.

6. On April 17, 2014, Richard Kirk, Colorado father of 3 shot his wife in the head while she was talking to the 911 operator, after eating marijuana laced candy.

7. At the Clackamas Town Center December 2012, killed 2 seriously injured 1 and then killed himself after being confronted by an armed civilian. The shooter was a chronic marijuana user starting shooting in Oregon in smoking with his mom at age 16– a toxicology report showed that he had been smoking marijuana just before the shooting.

8. Robert Dear, shot and killed three people at Planned Parenthood in Colorado Springs. He moved to Colorado from North Carolina for easier access to marijuana.

9. Eddie Lee Routh who killed Chris Kyle, the American Sniper, and Chad Littlefield, was self medicating with marijuana for PTSD. After smoking pot all morning with his uncle, he killed both men who were trying to help him.

10. Ibraham Abdeslam, 31 years old, brother of Paris Terrorist attack mastermind Salah Abdeslam, was a “jobless layabout whose favorite activity was smoking weed,” according to his ex-wife.

12. Cherif Kouachi – Paris shooter was involved in massacre of  12 people, beginning at the Paris Office of satirical magazine Charlie Hedbo. He was a pot smoking delivery boy.

Add to that the driving deaths, suicides, robberies, murders and children who die owing to neglect by stoned parents, and it doesn’t paint a promising picture for marijuana as a safe drug.

87 thoughts on “Mass Murders: Is Marijuana a Cause or Just Correlated?”