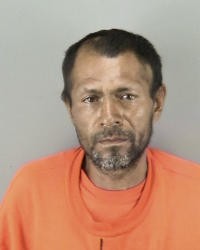 Francisco Sanchez, who randomly shot and killed 32-year-old Kate Steinle in San Francisco last week, was a 7-time convicted felon. Four of those convictions were for drug charges. His drug crime of selling pot should have kept him in jail.

Many people are using the immigration issue to take attention away from California’s pro-marijuana, pro-drug policies.  San Francisco District Attorney George Gascon and California Attorney General Kamala should be held accountable for fostering policies to take the force out of our state’s drug laws. Both politicians supported Proposition 47 in 2014.

Supporters called Proposition 47  “The Safe Neighborhoods and Schools Act,” an attempt to mislead voters.  It was promoted by the ACLU, The Open Society Policy Center, Drug Policy Alliance and individual donors who gave more than $10,000,000 to pass Proposition 47.   The opposition only had $500,000.

San Francisco is a safe haven for immigrants, as are several other cities.   The real issue, however is why drug crimes aren’t prosecuted. Sanchez had four convictions for drug crimes.

Sanchez’s felonies took place in multiple states including, Texas, Oregon and Arizona.  He uses many aliases.  Deportation may not work, but convicting drug criminals could work!

On March 26, U.S. Immigration and Customs Enforcement officers turned 45-year-old Francisco Sanchez over to San Francisco police on an outstanding drug warrant (selling marijuana) and requested that they be notified before his release, so federal officers could take him into custody and deport him. Sanchez was brought to court March 27, where his drug charge was dropped. Sheriff’s deputies released Sanchez April 15 without notifying immigration authorities, according to Virginia Kice, a spokeswoman for U.S. Immigration and Customs Enforcement. “This individual was a public safety risk and exemplifies the kind of individual that ICE wants to identify and process for removal,” said former ICE Director Julie Myers Wood, who now runs a private investigation and security firm.

Kate Steinle, who grew up in Pleasanton, was gunned down during an evening stroll on Pier 14 with her father and a family friend. She had recently moved to San Francisco. It was about 6:30 p.m.  The shooting appears to have been random. Sanchez immediately fled, but was arrested about a mile south of Pier 14.

Kate Steinle’s death should be a warning to other states not to fall into the trap of Proposition 47, propositions with a hidden agenda to legalize drugs. Since 80-90% of all crimes are committed by drug users, our children and families cannot be safe if these policies are introduced.