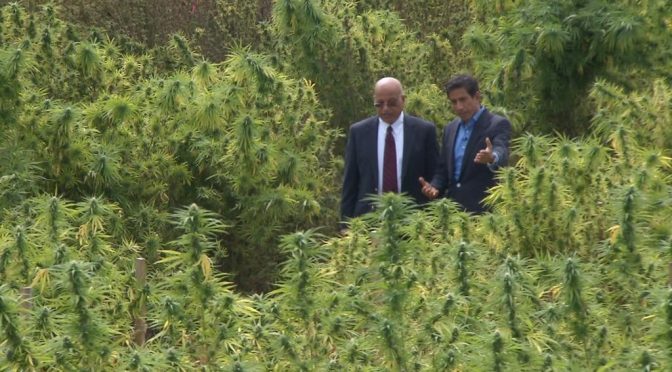 The Gupta/CNN special Weed 3 was not an accurate, balanced portrayal of marijuana. The intent to proliferate the perception of marijuana as a wonder drug was obvious, but unfortunate.

Cannabidiol (CBD), a component of the plant has helped some, like little 5- year old Charlotte, but it hasn’t been 100% effective and it’s not “medical marijuana,” implying it is the whole plant and medicinal. Constantly portraying it inaccurately speaks volumes for the true intent of the show.

We can all rejoice that some parents found relief for their child when conventional medicines failed. But surely these same parents would not wish their good fortune to be manipulated and exploited by entities whose motives are questionable. There are some for whom the benefits of marijuana may outweigh the harms. But for every one, probably 50 are harmed. Somehow CNN didn’t cover that.

Marijuana being sold as medicine is very high in THC, the psychoactive ingredient, and almost void of CBD, because people just want to get high. While most appear to survive without incident, roughly 30% of people are vulnerable to psychotic outbreaks, mental illness and addiction. All those under age 25 are susceptible to irreparable brain damage and loss of IQ by up to 8 points, particularly adolescents. Psychotic episodes caused by marijuana have and are leading to mass murders and suicides, and over 461,ooo emergency room visits a year.

An 18-year schizophrenic/paranoid marijuana user tried to kill his parents (recent LA Times article) with a baseball bat and knife. The day before he killed the dog he loved with the same baseball bat, later expressing great remorse while in jail. In 2009, John Patrick Bedell, age 26, who starting smoking pot as an adolescent, drove from California to Washington D.C. and shot 3 officers at the Pentagon before they killed him. He was schizophrenic and paranoid. There are many others who brains were deranged by pot, even before it was as strong as today.

Legislators and private individuals, who mean well, clamor for “medical marijuana” as a treatment for PTSD, aside from the lack of medical research that suggests it is safe. They should look at Eddie Routh who killed American Sniper Chris Kyle and his friend Chad Littlefield after a morning smoking pot.

Out of respect for parents who grieve for children lost to suicides, to stoned drivers, or mass murders; or those who live in fear of psychotic children owing to pot; or in observance of the dumbing down and destruction of our youth, perhaps CNN and Dr. Gupta could have a sequel showing the flip side of their miraculous drug.