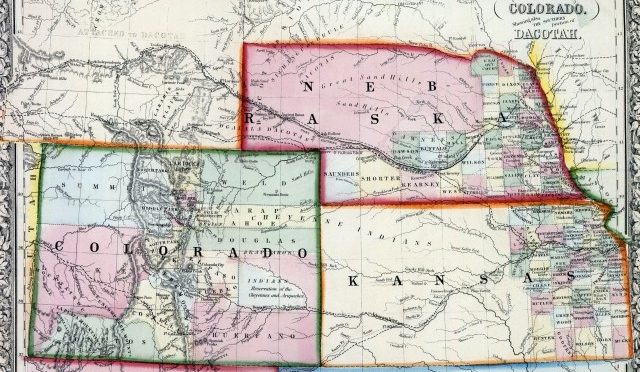 Today Sheriffs and Prosecutors from Colorado, Nebraska, and Kansas challenged Colorado’s Amendment 64 in the United States District Court for the District of Colorado.  Adopted by Colorado voters in November 2012, Amendment 64 has created troubling challenges for law-enforcement officers and prosecutors in both Colorado and in its neighboring states.  The plaintiffs’ lawsuit cited a “crisis of conscience,” conflicts between federal and state laws governing marijuana, and a substantial diversion of resources and additional economic burden to taxpayers in neighboring states.

“Amendment 64 creates a constitutional challenge for all our sheriffs,” said Sheriff Justin Smith of Larimer County, Colorado, the lead plaintiffin the lawsuit.  “All sheriffs in Colorado swear an Oath of Office to protect both the U.S. and the Colorado Constitutions.  Amendment 64 renders that oath impossible by forcing us to choose which Constitution we will protect.  By violating our oaths of office, we commit acts that render us ineligible to hold our offices.  The authors of Amendment 64 either did not understand this constitutional showdown, or they intentionally hid the fact from our voters.”

“Regardless of my personal opinion about the dangers and challenges of marijuana ‘legalization,’ the fact remains that Colorado’s Constitution is now in conflict with the U.S. Constitution as a result of Amendment 64,” agreed Sheriff Chad Day of Yuma County, Colorado.

“As a Colorado Sheriff, I am put in an untenable position because virtually every time I support Colorado’s marijuana law, I violate federal law, and virtually every time I attempt to support federal law, I violate Amendment 64,” continued Sheriff Day.  “My deputies and I, and all of our law-enforcement officers, need to know where the law stands, what we are to enforce, and whether marijuana is legal or illegal.  Right now, it is chaotic and contradictory – and all parties are at risk as a result.”

As part of the legal challenge, the Colorado plaintiffs claim “direct and significant harm,” not on behalf of their Sheriffs’ Offices, but as individuals. The “direct and significant harm” to Colorado Sheriffs is being forced to choose between resigning their offices or else violating their oaths of office because they cannot simultaneously comply with federal law, which prohibits trafficking in marijuana, and a state law which requires them to support trafficking in marijuana and which they believe to be unconstitutional. The defendant is Colorado Governor Jon Hickenlooper, who in his official capacity as Governor has been required to carry out the implementation of Amendment 64 despite his earlier opposition to the ballot initiative.

“My deputies and I are being forced to ignore what we consider to be blatantly criminal activity,” said Sheriff Chad Day.  “Our hands are tied.  The abuses are great.  ‘Legal marijuana’ is frequently illegal – even under Colorado’s misguided law – and criminal activity on many levels has become increasingly prevalent.  We desperately need the courts to step in and give us a definitive resolution of this conflict of laws,” Sheriff Day concluded.

“Amendment 64, and laws like it, translate into much more accessibility to, and use of, marijuana, including by our youth.  How can that possibly be a good thing?” asked Charles Moser, the County Attorney for Sherman, Wallace, and Greeley Counties, Kansas.  In Sherman County alone, the presence of Colorado-sourced marijuana has more than tripled the prosecutions of suspected felons on marijuana charges.   “Amendment 64 forces prosecutors like me to make difficult choices – because of our limited resources and our expanding and overburdened court dockets – on prosecutions, settlements, and the nature of settlements.”

Sheriff Justin Smith highlighted the threat, “What we do not need are more stoned students, more stoned employees, and more stoned drivers – and that is precisely what Amendment 64 has produced.”

“The case for federal preemption is very strong,” said Mark A. de Bernardo of Jackson Lewis, an attorney for the sheriffs and prosecutors.  “Congress has passed numerous laws, and approved numerous conventions and treaties, which bind the United States to a policy of vigorous interdiction and unqualified prohibition of marijuana and other Schedule I drugs.”

The Nebraska and Kansas plaintiffs also are seeking to have Amendment 64 declared unconstitutional, but on the basis that Amendment 64 is forcing a substantial diversion of limited staffing and budgetary resources, and thus hurting their communities.

“Our highways are being flooded with Colorado-sourced marijuana as drug dealers are transporting marijuana and its even more dangerous byproducts into our counties and through our state,” said Sheriff Burton Pianalto of Sherman County, Kansas.  “The criminal activity is blatant, rampant, and steadily getting worse.”

Communities bordering Colorado have been forced to expend additional taxpayer dollars to address the significantly increased drug trafficking and other illegal activities associated with Colorado-sourced marijuana coming into their counties, and traversing their counties and states heading for the large urban markets east and north of Colorado.

“We do not want or need more drug dealers or illegal drugs in my county or our state,” continued Sheriff Pianalto. “ We have that – and we have that because of what Colorado has done.”

“Amendment 64 has placed an undue burden on the taxpayers of neighboring states like mine, and on law-enforcement officers who are increasingly forced away from what we have done in the past, and what we budgeted for and intended to do now,” said Sheriff Mark Overman of Scotts Bluffs County, Nebraska.  “Because of Amendment 64, our jails are full and our court dockets are jammed.  Our resources are stretched thinner and thinner as the supply of Colorado-sourced marijuana – and the criminal element trafficking it – continue to invade our communities.  Moreover, our citizens are less safe.”

“I believe, and my fellow plaintiffs believe, that this case will have national ramifications,” added Sheriff Overman.  “If we win, we could reverse the seeming surrender to the well-financed and morally bankrupt marijuana ‘industry’ and ‘lobby’.”

Mr. de Bernardo concurred, “We are, I believe, at a crossroads on the marijuana-legalization issue.  How the courts decide this issue will have profound effects on the future of American society.”