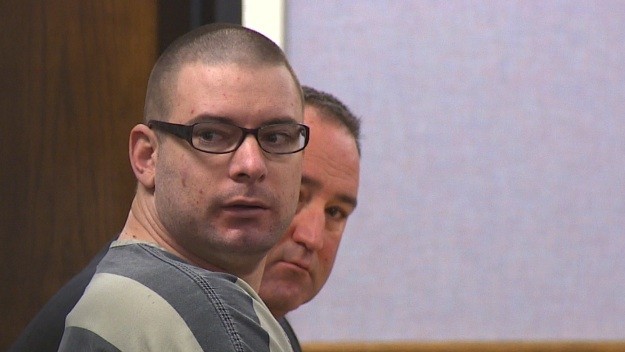 Once again marijuana and violence are in the news as we listen to the heart-wrenching court proceedings of the Boston bomber, Johar Tsarnaev. We just finished hearing the details regarding the senseless murder in 2012 of “American Sniper,” Chris Kyle and another veteran sniper, Chad Littlefield, by a man they were trying to help. Eddie Ray Routh, prosecutors say, had a long history of “self-intoxication.”  He smoked marijuana the morning before he shot the other men. In his case, it was psychotic violence.

“Eddie Routh and the Boston bombers are part of a tragic group of marijuana users who have killed and maimed.  And, the list of violent criminals and victims will continue to grow until we, as a society, fully reject the idea of marijuana as harmless,” warns Scott Chipman, Co-chair of Californians Against Legalizing Marijuana (CALM).

Using marijuana increases the  chances for psychotic episodes, anxiety, aggression, schizophrenia, among other problems.  From the esteemed Lancet Psychiatry Journal, we know that teens who use marijuana are 7x more likely to commit suicide.  Marijuana blunts certain empathetic feelings, and the lack of feeling is for both the self and for others.

For every claim of a brilliant mind that used marijuana, without negative effect,  there’s another person who was harmed by using it.  The people described below indicate that marijuana has strong adverse reactions for some individuals, and for society.   Here are  cases of modern “Reefer Madness.”

1)Jaylen Fryberg, who shot himself and five others, was a 15-year old Homecoming Prince.  Four students died, plus the shooter.  The popular student lived in a state with legal marijuana. He was a user who admitted to smoking a lot to deal with a recent breakup, while his former girlfriend felt it made him dumb, according to what was found in his public Twitter feed.  Mass shootings seem more frequent in western states.  Another recent  shooter in Washington, Aaron Ybarra , had also “dabbled” in marijuana, although alcohol also played into his demons.

2) On September 26, Brian Howard started a fire at the air traffic control station in Aurora, IL, holding up commercial planes for days. He was high, and admitted to having smoked marijuana right before the incident.

3)  Amanda Bynes’ mother said she hasn’t been diagnosed with schizophrenia or bipolar disorder, as rumored, and blamed the weird behavior on heavy marijuana use.  Amanda alleged her father had committed child and sexual abuse, but recanted.

4) Kevin Ward, Jr., was tragically hit by race car driver Tony Stewart on August 8, 2014, after he got out of his car to confront an oncoming driver on the track.  He eventually died. It’s perplexing that he would get out of his car considering the situation, but autopsy results show he had marijuana intoxication.

5) Marijuana probably affected the mental states of Megan Huntsman and Erika Murray–two neglectful mothers who let their babies die in their homes.   Other drugs may be involved, too.

6) January 2014 Mall in Columbia (Maryland) shooter Darion Aguilar killed 2 and then himself. His writings indicated marijuana use and wanting to die.

7) According to the father of Jodi Arias, accused of the bizarre behavior and the murder of her boyfriend, she has never been the same since she started to grow marijuana at age 14.

8) Johar Tsarnaev, one of the Boston bombers, was just a kid who ‘smoked a lot of pot,” according to classmates.   Since the Boston Marathon bombing, in April 2013, his brother, Tamerlan Tsarnaev has been linked to a triple murder on Sept. 11, 2011.  The victims had their throats slashed and were covered in marijuana.

9) At the Clackamas Town Center shooting in Oregon in December 2012, Jacob Roberts killed 2, seriously injured 1 and then killed himself. He had started smoking marijuana with his mother at age 16. The Sheriff’s office reported he had been smoking marijuana just before the shooting.

10) In  2012, James Holmes shot and killed 12, and wounded 58, in an Aurora, Colorado, movie theater.   Though he probably had not been sane for a number of years, a neighbor reported that he was frequently seen outside by the apartment building smoking pot.

11) On May 26, 2012, Rudy Eugene was caught on tape eating another man in Miami for 18 minutes before police arrived.  When police couldn’t stop him, he was shot.  Eugene died while the disfigured man survived. Toxicology reports showed that marijuana was the only drug in Eugene’s body when he gnawed the man.

12) Casey Anthony was amazingly detached from her actions and from her daughter’s death.  According to a friend of Casey Anthony, she smoked a lot of marijuana, but he was unaware of other drugs.

13) Amanda Knox, when confronted by police the day after Meredith Kercher’s brutal murder admitted to smoking marijuana the night of the murder.  Her blunted emotional reaction to the bloody incident during police questioning was very strange.  (THC stays in the body up to a month, it doesn’t pass like alcohol.)  It’s understandable why Knox’s non-reaction to her roommate’s bloody death would lead Italian police to think she was guilty.  She was a regular marijuana smoker at the time.  Knox also is from Washington, a state that worships marijuana usage at a festival each year.  She was making a joke out of the brutal murder and making silly accusations, hardly appropriate for a 19-year old.

14) Oscar Ramiro Ortega-Hernandez shot at the White House in November 2011, not only had a semiautomatic rifle when he went to the White House, he also carried a document expressing “anger towards the government regarding the continued criminalization of marijuana.” He claimed marijuana ”made people smart.”

15) Tucson massacre Jared Loughner was known to smoke marijuana (it kept him from being able to join the Army). During the January, 2011 shooting Rep. Gabrielle Giffords was shot in the head and 6 dead and 13 were injured during the melee.

16) Phillip Garrido who kidnapped Jaycee Dugard and kept her in captivity for 18 years was a marijuana and LSD user.  He appreciated that power he felt the drugs gave him over victims.   According to his father, he had been “normal” with a normal upbringing until he experimented with drugs and got involved in Haight-Ashbury.

The list could go on, but this page represents a warning against validating marijuana.  “Medical” marijuana legalization makes marijuana appealing to those under age 21.  Legalization makes it appealing to those under the age  of 14.  Neither program works to regulate underage usage.  Knox, Ward, Anthony, Johar Tsarnaev and Arias were well under age 21 during the incidents, or when they started using marijuana. It’s likely that every individual mentioned above began use while while in adolescence.

This “experiment” in legalization is an opportunity for us to step up the warnings and increase funding for drug education and prevention.  It’s time to stop saying that marijuana isn’t harmful, or and to refute the idea that that it’s safer than alcohol.   Legalizing pot normalizes it; states that have long-term medical marijuana programs have higher usage of  all drugs.